Invisalign treatment uses a series of virtually invisible and removal aligners that allow you to smile more during treatment as well as after. They are more esthetic than traditional braces with no metal or wires, which also usually means you spend less time in your doctor's office getting adjustments. They are also more comfortable to wear than braces and the movements are gentle. The teeth being moved may be sore for a few days after a new aligner is worn, but this quickly subsides. The aligners need to be worn for at least 20-22 hours a day for the teeth to move. However, they may be removed for brushing, flossing and eating.

Why would I want it?

Not only are the aligners virtually invisible, they are removable, so you can eat and drink what you want while in treatment. Plus, brushing and flossing are no problem. They are also more comfortable than traditional braces. Invisalign uses 3-D computer imaging technology to map the entire treatment from start to finish. From this computer model, a series of clear plastic trays or aligners are custom made for each patient. Each aligner is worn for about two weeks before it is replaced by the next aligner. In this way, the teeth are guided to their final position.

How does it work?

You wear each set of aligners for about two weeks, removing them only to eat, drink, brush, and floss. As you replace each aligner with the next in the series, your teeth will move — little by little, week by week — until they have straightened to their final positions. You'll visit us about once every six weeks to ensure that your treatment is progressing as planned. Total treatment time averages nine to 15 months and the average number of aligners worn during treatment is between 18 and 30, but both will vary from case to case. 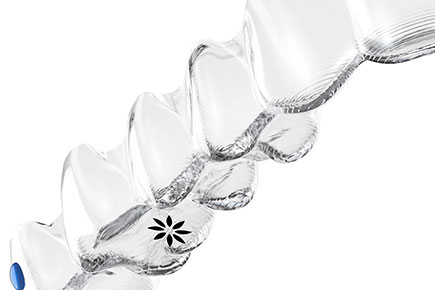 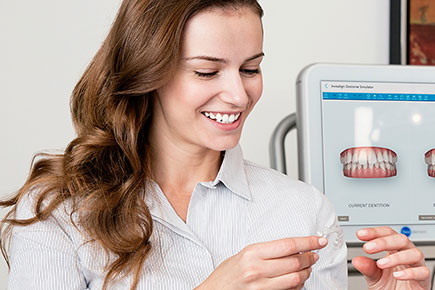 Investing in a gorgeous new smile could be one of the smartest decisions that you ever made.

A beautiful smile contributes to a better mood, it affects self-esteem, and it allows us to make a good impression on others.

Dental Implants have become a common and predictable way to replace missing teeth.